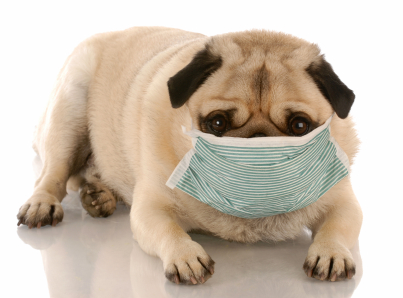 Today a client emailed me to ask about something her dog had been doing that she hadn’t put on the questionnaire because it had slipped her mind, as she focused on the problem she’s consulting me about. She wasn’t sure what the thing her dog does really is,or whether to be worried at all, but thought she’d ask and see.. I was reminded of all the times this has come up on ThePossibleCanine  yahoogroup, and decided I’d make an entry with regard to the problem. I sent my client the video below; lo and behold it’s exactly what her dog is doing. Reverse sneezing is of interest to me on a personal level as well; my own dog, Daniel, does it in cold weather when he’s been exerting himself extra hard. I found it alarming the first time I saw him do it, but really, the condition is not usually worrisome. Have a look below and see. Does your dog do this?

Here’s a second video I found on youtube; I include it because it’s not quite as dramatic as the one above and shows a variation on the condition. This is almost exactly what Danny’s episodes look like. And they last 1, maybe 2 minutes at most.

Reverse Sneezing is technically  known as inspiratory paroxysmal respiration – and is characterized by” rapid and repeated forced inhalation through the nose, accompanied by snorting or gagging sounds” (Wikipedia)  While it sounds awful, it’s not generally harmful. More common in the brachycephalic (flat faced) breed such as Pugs and French Bulldogs, reverse sneezing can happen to any dog and has a variety of triggers. Some, like my Daniel, experience it when exercising hard (or in his case, inhaling cold air, he never does it in summer). Other causes include mites, hard pulling on the collar, over excitement, allergy, any number of irritants such as pollens, perfumes for small foreign bodies.

The condition is more common in small dogs, but again, any dog *can* develop it, at any age. If the episode resolves within a minute or two and there are no other symptoms, this is probably what you have – but as always, a good idea to discuss it with your vet. if there is mucus, blood from the nose or ongoing spasms, see the vet right away. In many cases you can simply watch for the triggers and learn to  avoid them.

In my case that would mean staying inside all winter – since that’s not an option for an athletic dog like Dan, I just make sure if he starts to spasm, I put him on leash, and we walk quietly for a little.I also walk him on a harness only to avoid pressure on his delicate throat.

Other conditions that could mimic the appearance of reverse sneezing include kennel cough,laryngeal paralysis, infection of the nasal passage, nasal cancer, and asthma. All of these need veterinary care – but the reverse sneezing is  not in the same league of concern at all. Of course if he starts it while eating, you might want to take that food bowl away, if only till it stops!