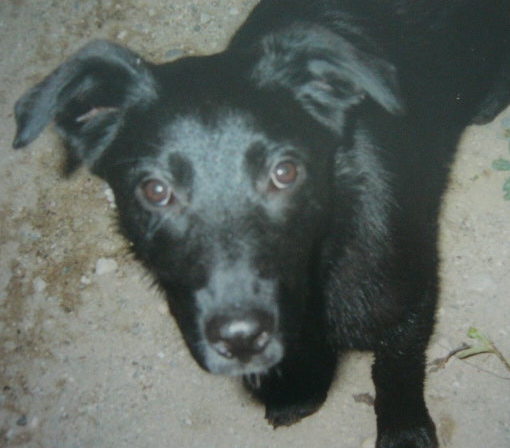 “The butterfly counts not months but moments, and has time enough”

There is something about the late afternoon in springtime, the force and slant of the sun, that brings about in me  this tendency to reflection. I have always been affected by light; I once stared at a particularly moving Corot in the National Gallery for close to an hour, compelled by the masterful and magical play of light.  Still, I am too sensitive to it; I cannot tolerate direct sunlight for very long and confine myself to moving outside in the early and later parts of the day (or at night). Late afternoon, early spring light can cast a spell on me, and nothing on earth can drag me back to computer and calculation and research. It is time for timelessness. It is time for reflection.Sometimes it transports me to a space not of our normal consciousness, and leaves me with a wondrous feeling of beauty and sadness, intermingled and alive..

Yesterday, it came again unbidden; the memory of Lila’s last days. Oh, but time is a tunnel, isn’t it, that pulls us into beginning and end as if it were all just one thing; standing at the kitchen window, watching the hawk hunt for voles, waiting for tea; and there I was again on that first and transformational night, confronted with a black, nervous puppy emerging from the woods and into my life, carrying my  destiny. Just a black, Labrador-type puppy, no pedigree, no concept whatsoever of how to behave around humans, a little being who could only stare at me with a smile that split her face into an exuberance of joy, and then freeze, tremble and urinate uncontrollably as I drew near. Standing at the kitchen window I could see that night as though it were yesterday, and see too, just there beside it, the last moments, when I kissed her head and the needle let her spirit go.

Where does all the time in between go to? Thoughts run through me in no particular order. The hawk grabs a very large vole and disappears. I am left just watching landscape.

What a wealth she gave me. How blessed I am to have found her, what strength and determination and generosity she brought out in me.

How grieved and pained I am to have her no more.

Such is the way of the Dog Tribe person; we who love them so much that we  actually let them change us, make us better, grow and learn from the simplicity and wisdom of their message. Each one has the same message and each one has something unique. It changes us, to let these beautiful innocents into our hearts. It changed me,  with a force and power I had never found before. But it carries a cost, for as Kipling put it:

There is sorrow enough in the natural way
From men and women to fill our day;
But when we are certain of sorrow in store
Why do we always arrange for more?
Brothers and sisters I bid you beware
Of giving your heart to a dog to tear.

Yes, we’ve all heard that one. We all go through it and come back for more, but I loved this quote from Cleveland Amory;

Unlike some people who have experienced the loss of an animal, I did not believe, even for a moment, that I would never get another. I did know full well that there were just too many animals out there in need of homes for me to take what I have always regarded as the self-indulgent road of saying the heartbreak of the loss of an animal was too much ever to want to go through with it again.

To me, such an admission brought up the far more powerful admission that all the wonderful times you had with your animal were not worth the unhappiness at the end.

I have known people who felt the pain of the end was too much for them to go through it again, and I understand that; it simply  hasn’t been my way. The grinning, peeing little black puppy who was to become Lila and later, ThePossibleCanine, did not bring me to my knees in gratitude for her lessons only to have me forget it all after she left. The dog with whom I developed a “third language” based on strange sounds and TTouches  so we could communicate on a more level playing field, was not going to say “well Mom, it’s been great. Thanks for the home made meals. I assume you will go back to cats now I have to make my journey”. No, for me, the pain of the end is part of the joy all along. I know I’ve quoted Shadowlands on this before, but  it’s important; the pain at the end is part of the deal. It can’t be avoided, so it’s truly how we handle it, what sense we make of it (being that we troubled humans always need a thing to make sense, somehow) that’s what matters.

For me, losing my dogs has always been a Hell on earth, and I’ve found my own way through those  times (blogging, prayer, work) but that’s a whole other topic.  Today, I am thinking of the moments I have loved best with all my dogs, the ones that stand out, that I recall so clearly, though some were very long ago.  From the moment I put lila in my car and drove her home on that Full Moon of May, 1995, to the rainy morning 13 years later, almost to the day when I kissed her forehead and let her go, so much is lost to the fading of memory and passing of time – but what remains are the most precious things of all.

The time she brought me one of my jade elephants, carried in her mouth, presented with such  an impish look, while I was painting and so absorbed in my work I hadn’t remembered to walk her.

The time I collapsed in tears after a terrible phone call from my mother, and Lila swiftly gathered up every rawhide in the house and brought them all to me at once, her jaws stretched wide, her eyes entreating.

The day I got the heart disease diagnosis from the specialist at Alta Vista(she was five).

The day before her ACl surgery when I took her into Ottawa with me to get a special toy, and she sweetly selected an expensive stuffed Gund toy in the shape of a seal, which of course I promptly bought for her.

I have memories of her swimming around and around in a small lake in Nova Scotia, chasing a family of ducks who didn’t seem to mind the game at all, as if they knew she was really only playing.

The way she looked and looked for luke after his sudden and untimely death, looked and looked although she had been beside him in the van when he died, and with us in the clinic as I sobbed over his body. Her searching for him was a cold stab of pain in my already broken heart, every time. And I wonder, at what point did she stop hoping?

The way she sat with me for months after the death of my brother, one paw on my foot, lap or anywhere she could find to connect. She had never done that before and never would again, once I passed from the first stages of touch-and-go shock and anguish.

Moments..just one after another, many of them associated with the pain of life, the fear of death and loss, and all of them filled with sweetness, courage, connectedness and simplicity.  I think about Luke, and some of the hardest moments surface; Danny, and my heart swells with love and gratitude. I think of Tina, and my kinship with this tough but battered survivor, still grateful for love and comfort, brings a smile to my face and a softness to my heart.

We do survive, we carry on. We mourn some of them always. but we open our hearts again and again. Because dogs need us, and we need dogs. A sacred harmony in a strange and difficult world.

One precious, heart-filled, perfect moment at a time.

For all our dogs, past and present – may we cherish each moment, the ones gone by, and yet to come.